Many of our trainers and instructors operating around the world are from military special forces and police backgrounds and have very extensive operational experience. They have a huge amount of experience of working in hostile environments throughout Africa, the Middle East, South America, Bosnia, Kosovo, Serbia and Eastern Europe.

They have also spent many years training personnel and groups, much of this in very hostile environments.

Founder and Managing Director of Eurocheck Security Consultants Limited. Willie served in the Irish Defence Forces for over twenty years, retired with the rank of Captain in 2001 and set up Eurocheck Security Consultants Limited. While serving in the Irish Defence Forces, he served in the Military Police, Army Ranger Wing and the Cavalry Corps. He served three years in South Lebanon as part of the UN. 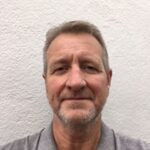 John is a highly qualified professional security consultant and trainer with expertise in preparing clients for work in potentially hostile environments. He retired from the Defence Forces in 2012 having served 36 years.

Ciara is a highly trained professional in the fields of human resources and security with 20 years extensive experience in the disciplines of training, recruitment, personal development and coaching working across multiple business functions.

Gerard is a very experienced and flexible medical and security trainer who has spent many years working in difficult and at time dangerous locations mainly in the fields of operations and training in Ireland, the Middle East and Africa.